Since most people around me are out doing spooky things without me (I’M NOT BITTER) I thought I would at least write a quick little progress update on how I have been doin’ on the draft.

Gonna level with you, it’s real rough. Morale is low.

Turns out the first half of the book, which I *thought* was finished, sounds WORLDS different than the more recent second half. So I’ve started taking the chainsaw to it.

Which unfortunately means it is not going to be sent to my editor for at least another week, most likely two. I have just reached the end of the second chapter, which should be finished TONIGHT, but this means I have another five more to bring up to speed.

A lot of exposition has been chopped off, which will hopefully smooth out the flow of the story, and quicken the pace. I came to the conclusion that a lot of the questions asked could be answered in the second book, which takes place on a whole new planet.

And the new one:

(Ignore the page count, I got ahead of myself and added the second chapter to get ready for the final formatting)

2k has been vivisected from the first chapter. And that’s just the first passthru.

Now, for those who have pre-ordered, this means nothing when it comes to the projected release dates of March and June, it just means that I have a little less time to scramble around and maybe take a breath or two. It was a very pessimistic forecast, and as far as I know, those dates still hold true.

That’s about all I got for you this week, next time I should have with you a rather stanky review of some delightful perfumes. I just got in my order of BPAL Halloweenies, and I should have enough time to give them a fair impression. 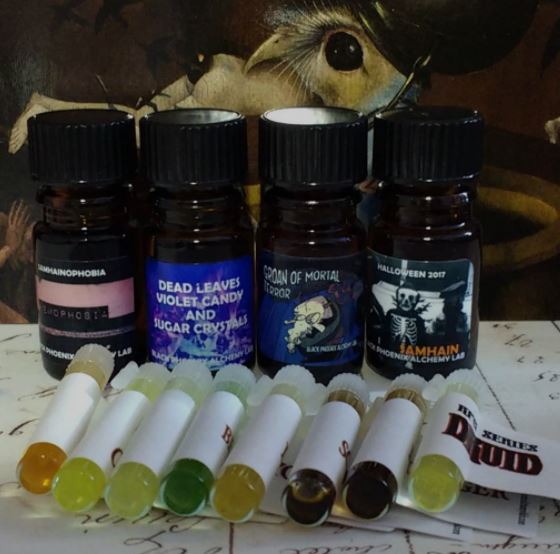 So if you will excuse me, I am off to second guess myself and wonder if I am losing detail in the overall flow. And sleep. Mostly sleep.

If you want to get semi-spooky with me, I will be on Twitch Tuesday October 31st at 6PM EST playing Costume Quest and stuffing my face with candy and sugary drinks.