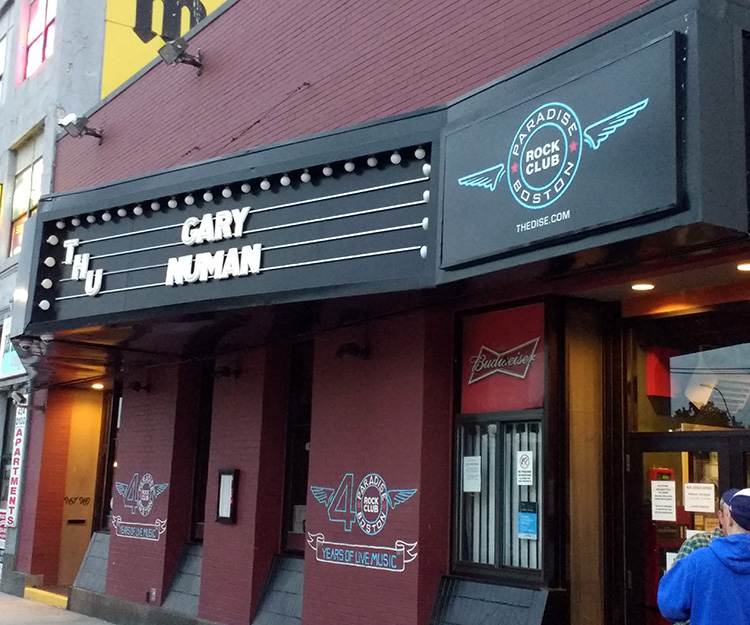 Once in a purple moon, Odin manages to shed the layers of dust from their carapace and crawl into the daylight. This time, I ventured into the heart of Boston to see a show from one of my eccentric music tastes.

The drive was uneventful, and slowed to a crawl once we arrived at the jungle of bridges roped around the city. Parking was even more nightmarish, but we managed to find a spot only 3/4 of a mile away…which is considered fortunate.

The first stop was bathroom and food, and our travels brought us here:

I have questions, and most of them involve fratricide. Also….why chicken fingers? That is oddly specific.

Needless to say it was fucking amazing and there was only a 2% chance of vampirism. Which means I need to eat there about 50 more times.

Seriously though, that was probably one of the best chicken tenders I have ever had. There wasn’t much in the way of fancy seasonings, but it honestly did not need it at all. The “special sauce” (which also raises questions) was extremely good.

And crinkle cuts! I fucking hate crinkle cuts, they’re always mealy and gross. But not here. They somehow managed to get the texture extremely pleasing and not as dry as something that died at the side of a Nevada road.

After that, a little indulgent shopping. And I found myself in the presence of a living fossil.

I was IN MY ELEMENT and I was too excitable. The dude who ran the place seemed a little off put by my presence, but what else is new?

I got a few Dead Can Dance albums and a few things that I am not familiar with but purchased because 1.) the price was right and 2.) the album art was just fucking hilarious to me. That being said, I am kicking myself for not peeking into the Depeche Mode section.

Interesting finds indeed. (Update: after listening to most I can say nothing was more than a “meh” rating imo. Draconian was pretty neat, typical goth/black metal deal. Signs ov Chaos sounded like it was influenced by Velvet Acid Christ. It was kind of ambient and almost enjoyable, if it wasn’t for the repetition. Alien Faktor reminded me of the very old Industrial era, FLA in the 90s. The other things were too classic rock/acid era for my liking.  Ultimately things I will have in my collection, but not a whole lot else.)

I also saw a big sign for “Artist Supplies” but I never found the source. Upon further investigation, it was probably TATTOO artist supplies given that there was a parlor up ahead. Not what I was looking for. It had a pretty sweet mural inside tho.

Then we walked back to the car to drop off what I bought and totally not because I forgot the tickets in the car. We took a leisurely stroll back to check out the shopping areas since we had time to kill, then moseyed off to the venue. Which I thought started at 7, but turned out started at 8. Ow my calves.

We got inside, wedged ourselves into a corner balcony booth until the show started.

I don’t have pictures or video of the show itself because I personally find that rude and or distracting. Plus I am very awkward and didn’t feel like mucking around with my phone in the dark.

The opening act was Nightmare Air, which was nice. Kind of have a Birthday Massacre vibe to them.

Then the main show happened and gaddamn.

If I have HALF the energy that man does by the time I am his age I will be set. He was constantly moving all through the act, never pausing just song after song. He only stopped to introduce Persia to help sing My Name is Ruin, and that was adorable af. I get the sense that he is kind of a quiet shy person, but that was all the more endearing

I honestly didn’t expect him to play his old work. If I were in his position, I would get sick of playing my 30-40 year old pieces. But that’s just me I guess. That being said, it was nice to see and I never thought I would ever be able to witness it. It was such a fun show and I am glad for the opportunity.

Afterwards, we had intent on visiting Insomnia Cookies  for a post-show binge, but we were in so much agony from all the standing and walking (thanks, chronic illness) that the adventure was cut short. We did manage to get a few cookies (which were amazing btw) then head to the car with my SO limping and me trying to keep my head upright without dipping toward the concrete.

I also stopped by a 7-Eleven on the way on the hunt for Jones soda. I found none, which was heartbreaking. But I also came out with new flavors of instant ramen….so…win? I guess?

After the tiring and semi-unsafe trip back home, we ate a tv dinner and passed the fuck out at around 5am. There was a nice parcel of makeup waiting for me on my doorstep though, which waited till the morning (read:afternoon) to be opened.

And Hexennacht! Aghghghgh my favorite! I bought full sizes of some of the Ave Satanas collection, as well as a bottle of beard oil to save my delicate pores.

And that is why I am writing this to you hugging my second bottle of Powerade. Cheers!

My next aim is to get all my preparations for Octoberween on my youtube channel done so I can possibly have at least SOME of the spooky season to myself. I have two jewelry designs planned, one for the main channel and one for Patreon. Then there are a few other goodies and unboxings planned, as well as a livestream of a Halloween Japanese snack subscription box which I have tentatively set up for Sunday October 13th, provided my second box arrives.

But I hope your fall is starting to crisp up and fills you with lovely spicy delights. In the meantime, enjoy! And feel free to poke me around the interwebs to tell me of your Halloween plans! ^^