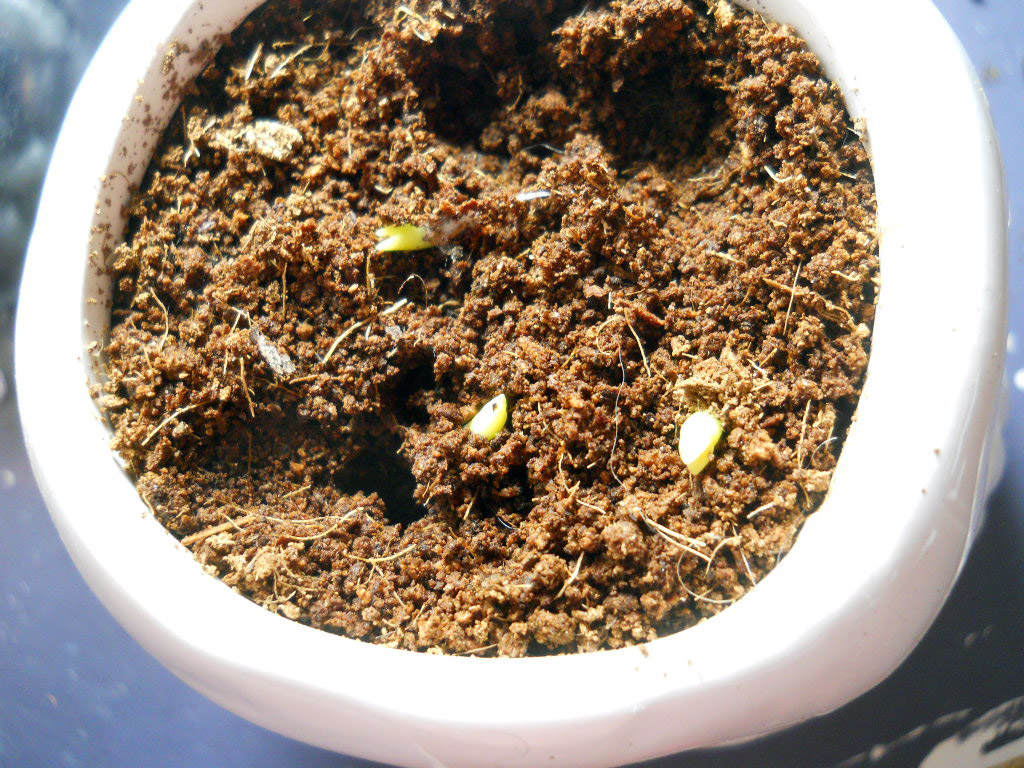 If you have been here last week, you will know about my miniature adventure in the plant world in a tiny cramped apartment.

THE BEAST HAS AWOKEN, DEAR READER.

Turns out, I have suppressed my urges to grow plants for a long time due to my lack of space and time to propagate something alive. I am also incredibly impatient (Despite what My jewelry leads you to believe), and the thought of putting so much care into something like that makes me itch with anxiety.

But I have always been in love with the plant witch class, and I longed for the day when I had a place to start my own thriving ecosystem. With bat attracting plants.

Turns out I was setting my standards too high.

AND I ENTERED THE WORLD OF THE SUCC.

Before I get started on this tale, quick Mortimer update:

Moments after planting him, I had spent HOURS researching the care of succulents and the creation of terrariums. And it turned into one of those projects I get into where I literally cannot do anything else until I have meticulously planned everything I will be doing and my focus will not let me work until I obtain the materials and the ability to finish.

AND THUS MY JOURNEY HAD BEGUN

My first subjects were procured from Etsy. I saw these jelly bois online and I really REALLY needed them:

I am hunting for other colors of these. I have seen orange variants, as well as grossly over-shopped abominations that could never be real. But they look so JUICY and squeezable. (Dun’t squeeze)

Also got these pastel delights from seeds:
https://www.etsy.com/listing/511098742/echeveria-cante-rare-succulent-10-seeds

Fast forward a day or two, and I get my jelli bois in…..no dirt or pot. Just wrapped in a tissue. Well Shit, I gotta go shopping then I guess.

I also got my Echeveria seeds:

“They can’t be that Tiny,” I say as I open the packet.

Note: That lid I put them on is about 3.5in, and I was afraid to put anything down to show you scale in case they blew away or some shit. Even Mortimer’s seeds were bigger.

I dragged a fellow plant-loving friend along to a greenhouse….and went modestly apeshit:

Two adorably goth ceramic pots, a fully bloomed Echeveria that was delightfully pastel, some clearance ivy, and a lovely red Kalanchoe, which I learned later is actually a succulent, so it should co-habitate nicely XD (I may get purple ones next time <:)

I also got this spiffy mister, which goes nicely with my aesthetic:

Then there was the trouble of choosing an actual terrarium. I am not great at DIY bullshit, but I didn’t like the idea of spending exorbitant amounts of money for a prefabbed one.

In the end, I did find an agreeable compromise. I spotted this tutorial online:

And I figured, what the hell. So I went to Michaels to see if there was anything that could save me time. In short, yes. It was on sale for 14$, which I figured was about how much I would spend on supplies anyways. (It was originally, $30, and like hell no. It was beat to shit made of cheapass materials. Like hell it was worth that)

Combined with a jar of black rocks for $2, and by-the-yard vinyl I got from Walmart for $2.50, I assembled my materials:

GET THIS SHIT BUILT

First thing I did was unscrew the lid of the contraption. Then I had to increase the depth of the box, because that thing would not fit a decent livable layer of dirt plus rocks. So I had a Shitton of Popsicle sticks left over from my resin stirring days, and I chopped em all in half to make a pseudo fence.

Turns out I needed a Fuckton of sticks, not a Shitton. Dammit. So an emergency trip back to Walmart and Oooo! They have Preserved moss!

Awwww FUCK. I got Preserved and Dried moss reversed. Turns out this one is not gonna be alive ever. So I contacted someone over at Moss Musings to see if I could snag something spiffy for later:
https://www.facebook.com/Moss-Musings-2054395941493684/

Once things were assembled, it was time to PAINT IT BLACK.

With that drying, I set of working on the monstrosity of plastic panels for the greenhouse. Which was not a fun time.

Despite measuring everything out, this turned into a mess leaving me covered in glue cobwebs and salt. I traced the inside of the side panels and cut them out leaving a half inch of….seam allowance for lack of a better term. I cut the intersections to use the flaps as gluing points.

I did the same thing with the center panel, which was going to wrap around the front and back. Vinyl is not a friendly team player….

I tacked down one side with washi tape in an attempt to try and make it easier for myself.

Then glued it down section by section to TRY and make it smooth. That took at least three tries before I said FUCKIT GOOD ENOUGH. Then glued down the side panels in whatever orientation they wanted to be in because I was so done.

My last struggle was putting a lining tray of vinyl so that things don’t get moldy and gross since the bottom was made of shitty wood. And I was pretty sure I didn’t glue the popsicle sticks close enough together, so things were gonna leak.

Measured out the area of the bottom of the box with 2in seam allowance to sit behind the popsicle sticks. Cut the corners into flaps to glue into each other and fold into a box. IT DIDN’T FUCKING FIT. So I cut the corners deeper and trimmed the edges before I could ram everything inside. PERFECT. WHATEVER.

NOW IT IS TIME FOR THE FUN PART. FINALLY. FUCK.

Layin the rocks and the dirt in for a magnificent earthy canvas:

TIME TO GO ALL ZEN ON THIS SHIT.

I broke up the ivy, knowing that it is an insatiable bitch. Put the largest chonk in one of the pots to act as….idk aesthetic or some bullshit. Then its little sproutlings on four corners of the planter.

Initially I put the Kalanchoe in the center, but then I forgot about Mortimer, and kinda wedged him in there. There was a little offshoot on the Kalanchoe, so I split it off and planted it in the corner hoping it will survive because I did not let it callous first.

Stuck the big boi echeveria in the other lorge pot. I made two little beds of black rocks and set in a teeny incense burner on one. It contained the disasters from my copper clay experiments, as well as some tiny gemstones I got from various people who gave them to me.

The other was a place of rest for my gopher skull that was gifted to me by a lovely viewer. I stuck the jelly Haworthias in two random spots leftover, then finished the decorations with some pretty rocks and a Cthulhu idol made by a local artisan. As for the Echeveria seeds, I just tossed a few in because I literally could not control where they went and just hope they germinate. If not, oh well, I have more….somewhere.

NOW I GET TO BASK IN THE SPLENDOR OF MY CREATION:

I don’t have names for everyone yet. But as of now:

I need names for the Big Echeveria and Kalanchoe. The offshoot Kalanchoe I am gonna wait to see if it survives before getting attached to it. Then if the teeny Echeveria germinate, those will need names too. THASIT.

Another benefit is, that thing smells REALLY GOOD. Not like floral flowery smack in your face, but a strange crisp, cool, fresh scent that is almost perfumy. I have no idea what is causing it, but I am also not complaining.

Yissssssss. That was fulfilling methinks. Next time, I want to get some Butterworts to get rid of the deng fruit flies we always get.

I am also waiting for my Jacaranda tree that I will spend my life grooming into a Bonsai, provided I can even get the damned thing to germinate. WISH ME LUCK!

Have any planty wishes for me?Or want updates on their propagation? Follow me on the Twatter.

That’s it for me! Unill Next Time!