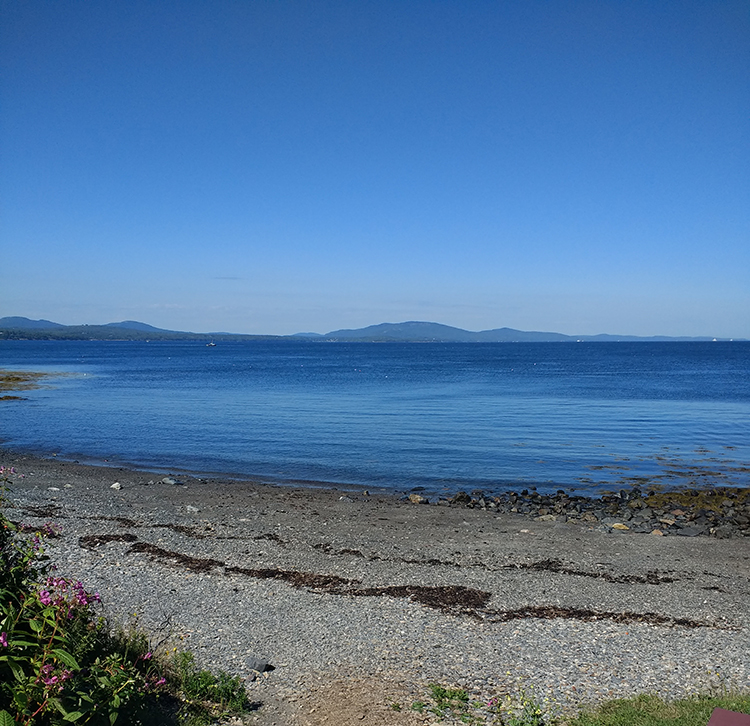 Despite that I am a homebody and possess a massive amount of resentment toward the sun, it was advised that I “go outside” from time to time. My area is apparently infamous for its coastal culture, and since I had a mission to retrieve some specific items for a friend, I figured I may as well make a day of it.

The drive was pleasant and despite the holiday weekend, it was relatively quiet. Which I was beyond thankful for. We began our mission at the Bixby & Co. Chocolate factory, which had an awesome assortment of goodies, and not just chocolate as you would expect. This was also where I got most of the gifts for said friend. I am plotting to go back there semi closer to the holiday season (but not too close >:[)

The lady serving us was not amused by my description of “Butthole Chocolate” to explain something super dark and bitter. Oh well.

Next we ventured off to Owl’s Head Lighthouse to do a bit of whatever the touristy thing to do is whenever you are at a lighthouse. Now Lighthouses aren’t exactly my thing but the area was quite pretty. Then we had an obligatory visit to the gift shop where we got a few goodies and a book for a gift. Plus I am always a slut for an enamel pin. There was a “Museum” type of area….which was one room. But it did have some cool pieces of old tech which I always like to see.

After that, it was the beaching time. It was a rock beach, which I was more than thankful for. We did a little combing, and I found a couple interesting things for my terrorium, but the only semi decent piece of beach glass was eaten by my shirt pocket because it was so small. After that we did a bit of climbing……a SMALL bit….to recover because we are old farts with tired bones. We enjoyed the view for as long as our asses could handle the sharp crags.

And, of course, what spooky trip would it be without an obligatory cemetery view. It was positioned just outside the park, which I thought kind of strange. There are family cemeteries EVERYWHERE here, however, so I suppose it’s not out of the ordinary. I didn’t get a good look at the names, but if I were to guess (or dream up some fantastical fiction) they might have been previous attendants of the lighthouse.

And then our famished bodies demanded sustenance, so we did what any self-respecting coastal tourist would do and got ourselves a goddamned lobster roll. Fuck Yes.

After that glorious conclusion, we set home where I promptly melted onto the bed for the next day or two.

I did enjoy myself and this spontaneous outing. Perhaps I may do it again since there was actually a lot to see. And I may also bring you along with me!

But for now, I will leave it here. 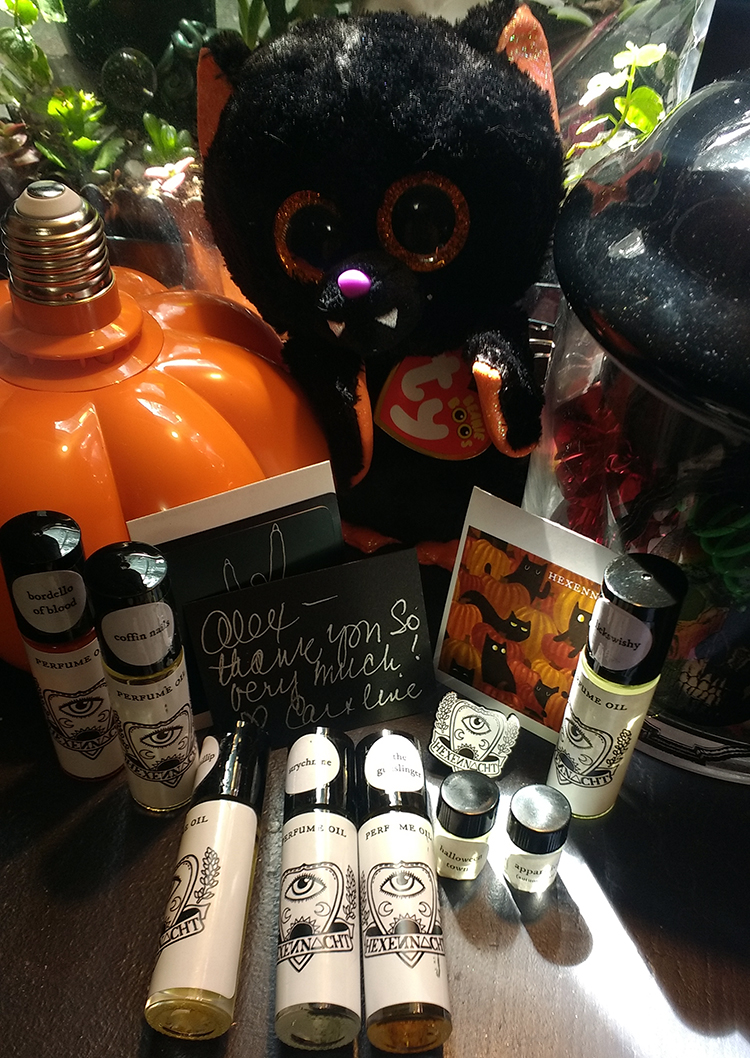 Betwixt all the release madness, I am eagerly awaiting the spooky season with impatience! And it turns out corporate America is with me as halloween shit is beginning to appear in August! I could not contain myself and got some incredibly cute decorations.

This isn’t everything and I plan on having a spooky haul update on YouTube whenever I get around to it. 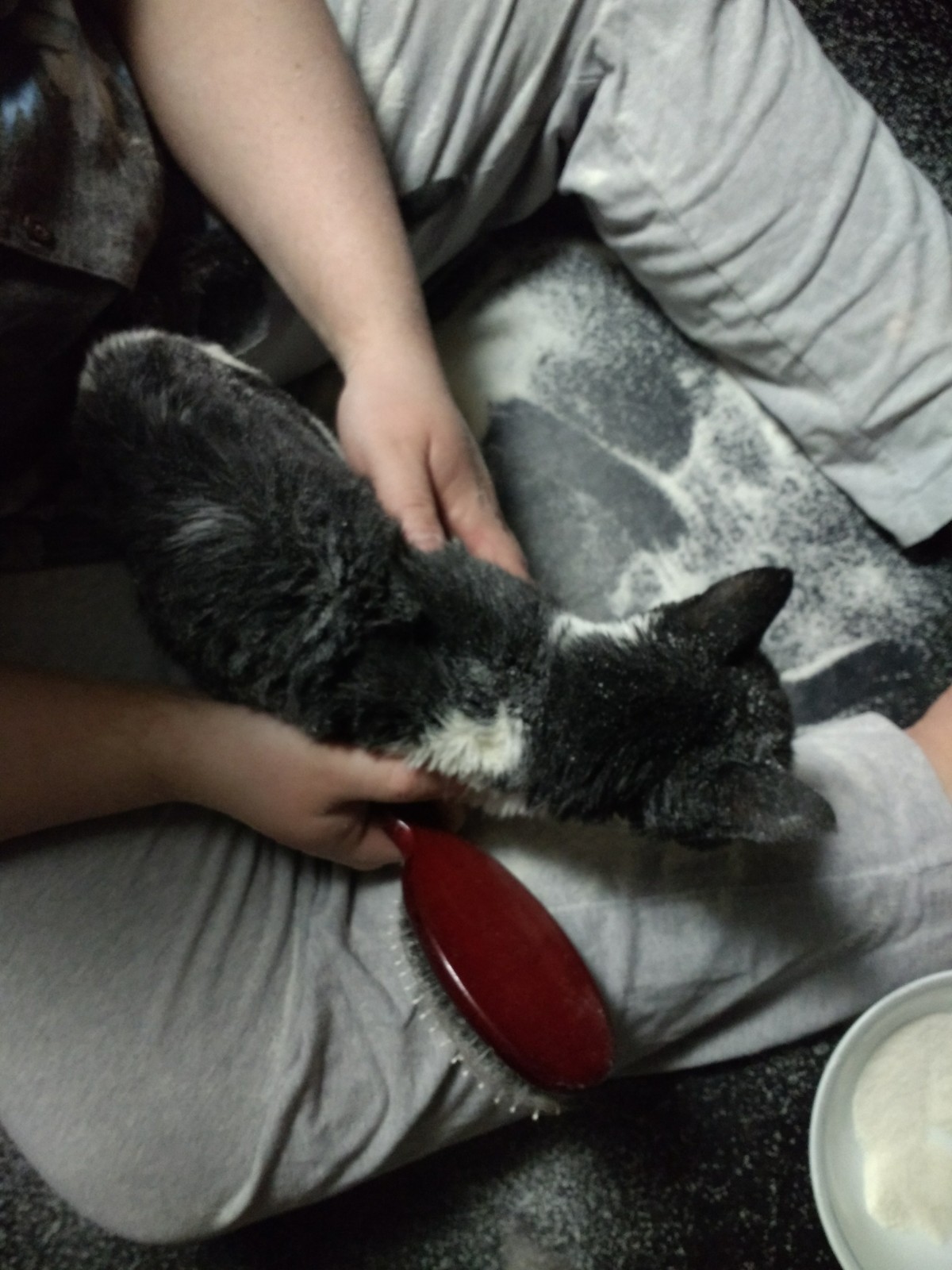 Aight all, sit down, grab a snack, Uncle Odin has a wondrous tale of magicalness and bullshittery to share.

Yes that’s right, it is time for a new chapter in the PLANT SAGA. And this time I GOTS ME A CARNIVORE.

So we have an atrocious fruit fly problem at our house, and I always wanted a Butterwort, which primarily consumes fruit flies. WIN-WIN!

Last update, you saw me post about this container for it, as well as the Halloween goodies that were starting to crop up over at Michael’s:

ODIN IS TOTALLY NOT REVELING IN THE DEATH OF SUMMER NOPE NOT ONE BIT.

In the meantime, I have been doing more and more running around with appointments as more and more pieces of me begin to fall off. My bones are dissolving to goo, which will suck when the Skeleton War happens, because I will not have a skeleton to participate in.

Some not so great news, it turns out Eris has a metric fuckton of cysts in her gallbladder and liver, which is causing issues with digestion. After an ultrasound the radiologists have determined that since she has lost so much weight, they do not want to operate and try to remove them. Our vet is contacting a researcher friend who specializes in liver functions to see if there is other options. So for right now, all we can do is keep feeding her constantly, which unfortunately means force feeding her a slurry of high calorie gel mixed with broth. She doesn’t mind the taste, but will not eat it on its own. She has gained an ounce since her last visit, but she’s still severely underweight. Other than that, she’s still bright eyed and active, so we’re not sure what to do at this point. Pic for tax:

I snuck into Michaels after an appointment to see if their Halloween shit was out yet AND LO IT WAS. Some of it anyways, they’re still shioving out the suimmer stuff. A lot of previous year’s decor, and not so much the fancy house decor yet.

They were also having 70% off their summer shit because it’s totally not ever yet but what the hell. And, with the promises of a butterwort, I came home with this:

YA KNOW WHAT THIS MEANS??? THE PLANT SAGA IS GROWING. SOON IT WILL HAVE SENTIENCE. Also that claw orb thingy was adorable and I have to figure out where I’m sticking it.

There will obviously be more updates to this saga shortly, as soon as I get enough materials.

Progress is going together well. I have the current chapter mostly polished, as well as the beginnings of one pass of Beta reads. With all going this way, we should hopefully be looking at a Halloween release. Be on the lookout for Cover reveals and Pre-orders in September-ish

I am doing a few events at libraries, because let’s be honest , libraries are my second home.

The first is Cirque du Geek over at Waterville Public Library on September 13th – 15th.

Tsis is a FREE Anime/Geek convention held at the library. Chec out details on vendors and events over on their facebook page:

And then Bookstacks & Bossfights Gaming Convention over at the Turner Library on October 5th and 6th.

LOTS of gaming and geekery going on here, as well as medieval demonstrations from the local chapter of the SCA and my chapter of HEMA. There’s also a prize which you might be able to win a HARDCOVER copy of Sleepless Flame 😉 So if you wanna see some sword fightin’ early registration is ending THIS MONTH. Check out the website for more details on every event:

That’s about all that is in the goings on of Odin. Check back later for the continuation of the Plant Saga and other updates~

SO I have yet again another giveaway to share with you! Since I am in crunch mode for the foreseeable future, this is probably going to be my last one for a while. If you haven’t already entered in this spiffy Book Cave giveaway for an eBook of Sleepless Flame, now’s your last chance for a while

And to those who have recently joined, WELCOME! I will have updates soon on progress and general shenanigans. I am revving up for Halloween adventures, so this is my busiest time of the year.

BUT ENOUGH OF THAT! Here are the juicy details for some delightful Post Apocalyptic and Dystopian books from a fantabulous gathering of indie authors. And don’t forget! If you enjoy their work, tell them! Leave a review! It helps out a ton and keeps your favorite authors writing!

In the meantime, enjoy! Feel free to follow me around the interwebs and say HI! I love meeting new people~ 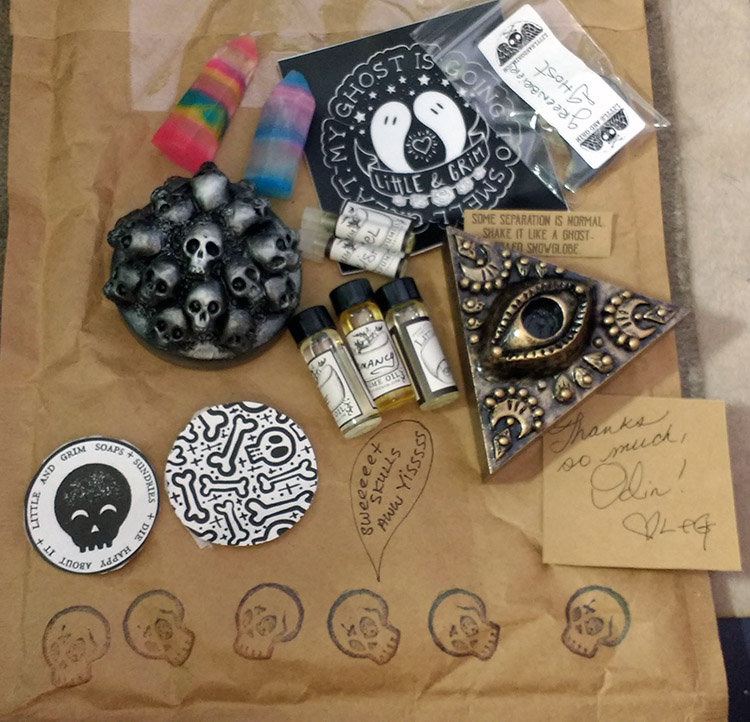 Once again I have been desiring to smell good and I can’t resist the delights of Little And Grim. But THIS TIME! My intent was more focused on these FUCKING ADORABLE incense burners that I had been lusting after forever. They have been shaped after their hand carved soaps and I just needed them in permanent form.

But I couldn’t JUST buy the burners, right? Shipping is expensive and ya know. LONG STORY SHORT I have more stinky things to review. 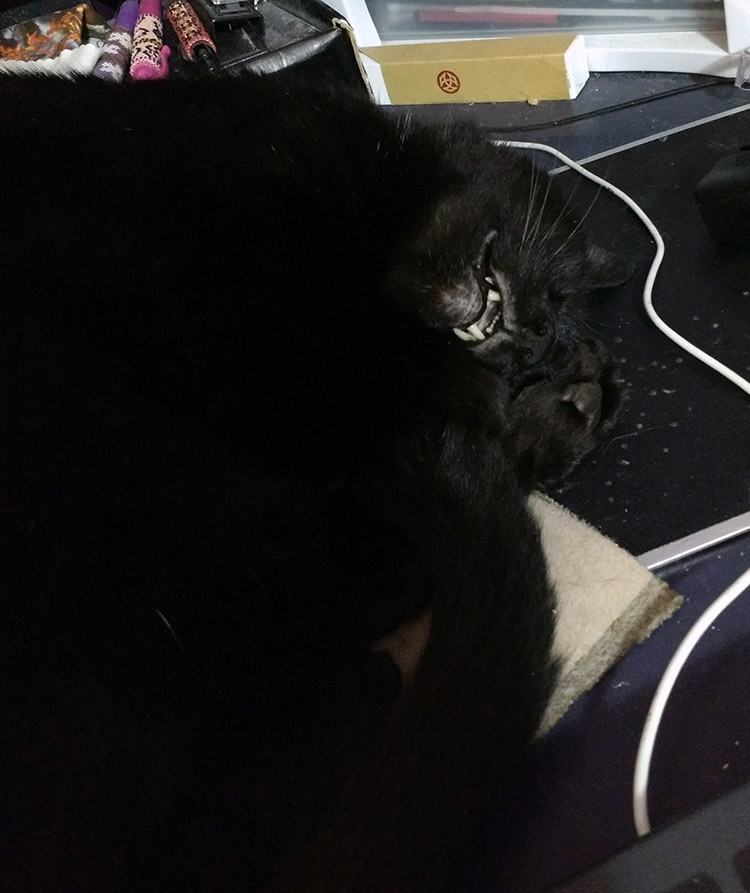 It is midway into hellseason, and my activity levels have shrunk exponentially. While I spoon my AC for some semblance of sweet relief, permit me to regale you with the happenings of my adventures.

The summer is not treating my poor voidorb Hermes well either. His allergies have kicked up to a point where he is scratching himself bloody and shedding a pound of hair an hour. He has a vet appointment today to see what options we have for him, since the injections aren’t effective, and this little fucker turns exorcist if we try to put the pills in him. This cat is BIG and FLEXIBLE. Not even joking, we can’t put Frontline on him because he can TURN HIS FUCKING HEAD AROUND and lick the spot he’s not supposed to be able to reach.

I also had a hell of a time starting to write this post, because he sat in front of my keyboard and would not let me work until I scratched ever single surface of his face and ears.

And Eris is still being her finicky self, so she has to get poked and have an ultrasound to see what’s going on with her liver.

Greetings all! Welcome those of you who have joined me from the Innovative Spec Fiction Book Magnet giveaway! Looks like I have another to announce!

Need to fill those e-readers for summer? This one has a wide variety of genres included, plus a $25 gift card to the grand prize winner to pick out some special goodies for your personal shelves. It is being hosted on BookCave and you can find the link here: